NorCalPCA's Grants Program provides funds for community development projects all around our planet. Money for grants is raised through a special Grants Fund separate from NorCalPCA's general donations and memberships. While there is no minimum-maximum size, most grants average from $500-$2000 depending on the amount requested and funds available.

NorCalPCA looks for varied international and domestic project opportunities benefiting different groups of people, in keeping with the spirit and idea of Peace Corps. The persons requesting funds must demonstrate commitment to the project by providing community labor, monetary contributions, local resources and/or training.

NorCalPCa looks for opportunities to:

The prospective project will be evaluated for its potential to meet as many of the following as possible:

Please note: Project funding does not guarantee availability of future funds. Funding will not be provided for individuals, scholarships, travel, or general operating expenses.

Interested parties must submit a proposal which contains the following information:

Applications are limited to 10 pages. Submit applications by e-mail to Grants@NorCalPCA.org.

Donate to our Grants Program or General Fund!

$2,000 to Hesperian Health Guides in Berkeley, California to provide free publications, such as Where There Is No Doctor, to current Northern California Peace Corps Volunteers.  (2018)

Central and South America
$1,000 to Full Basket Belize (FBB) to repair a dilapidated nursing aid clinic in the village of Frank’s Eddy where 160 families can now receive basic health services and education.  (2018)

$1,000 for the composting latrines project in Alto Playon, Darien Region, Panama. The 280 inhabitants of Alto Playon live on an indigenous reserve and follow a subsistence life of farming, fishing and hunting. (2017)

Africa
$2,000 to Health Access Connect (HAC), in Kampala, Uganda to purchase two motorcycle trailers for their program, Ambulances for All. (2018)

$2,000 to Common River, a community program in Aleta Wondo, Sedama Region, Ethiopia to provide materials for a new 5th grade classroom, including a wallboard, school supplies, books, and uniforms and shoes for 30 students. (2018)

$2,000 for the African Library Project (ALP), a volunteer based organization in Berkeley, CA, that recruits book drive organizers in the United States and Canada and matches them with rural schools in sub-Saharan Africa. (2016)

$2,000 to the Dokotoro Project, a volunteer organization founded by Mali RPCVs, to provide 130 copies of Where There Is No Doctor in Bambara and French to communities and local health centers in Mali. (2016)

$850 to Young Community Health Workers in Tsarasambo, Madagascar, a club of young people facilitated by a  current PCV, for gardening tools and materials, art and mural supplies, and readers in the Malagasy language.(2016)

$500 to the Children’s Center in Baluti Village, Blantyre, Malawi. for windows and other building infrastructure for a new Children’s Center to serve youth between 10-25 years, especially those effected by HIV/AIDS, drugs, and mental health problems. (2016)

$2,000 to Save Rivers, an indigenous-led grassroots organization, to build a pontoon and jetty for the Long Ekang community in Sarawak, Borneo.(2017)

$1,000 to Alternatives to Violence Project (AVP) Jordan for the translation to Arabic and printing of materials and manuals used in mini workshops designed to introduce their concepts to 10 Jordanian organizations.  (2018) 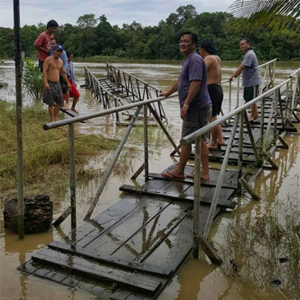 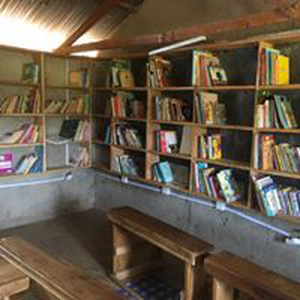 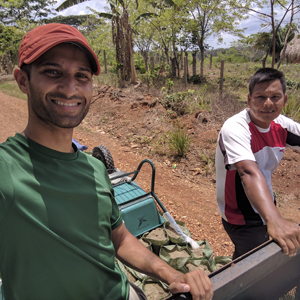 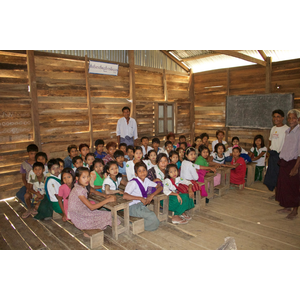 NorCalPCA 2016 Grant Winners!
September 01, 2016
Congratulations to the projects that received funding from the NorCalPCA Grants Program in Fall 2016 Read More
View All Articles